The first time I remember really noticing Josh was our sophomore year in high school. He’d had long hair for as long as I could remember, and he came to school one day with it cut short. I had heard some of the other kids giving him a hard time about it, and I didn’t want him to feel self-conscious, so I gathered up my courage, and told him I thought his hair looked nice.

We ended up having a few classes together that year, but I remember talking to him in accounting the most. I sat in the back row, right behind a friend of mine. Josh was one of three guys in the class interested in her, so he and the other two crowded around my desk so they could cheat off of me and flirt with her.

I had fun that year. I had never hung out with any guys before, and they were entertaining. When it came to the end of the year, I was sad that I wasn’t going to see Josh every day anymore. I hinted to him that I was going to miss him and be bored all summer, but I didn’t hear from him. My anxiety never let me even consider giving him a call. I figured he was busy with his own friends.

When junior year started in ’95, I was thrilled to learn we had five out of seven classes together. Amazingly, we picked right up where we had been three months before. I was thrilled that he was just as happy to see me and still wanted to be my friend.

I got my first boyfriend that year. My step-brother introduced us. He was older, and Mom didn’t approve, but my grades were good, as always, so she didn’t do much about it other than give me my first curfew. I dated him for about four months. During this time, Josh and I talked more and more, and he started showing an interest in me.

At the beginning of the year, we started getting into some deep talks, and I realized that we had a ton of differences. Well, I had already known that we were different. He hung out with guys that liked heavy metal music and rode dirt bikes. At that time I pretty well stuck to country music. He didn’t care about his grades, and I worked hard to keep my straight A’s.

It turned out we had even more differences that I didn’t even know could exist. We had intense discussions, and he frustrated me to no end. I’ve always said that he can win any argument, even if he isn’t right. At the end of the day I would go home and rant about him. I’m not sure why I kept at it, but I did and somewhere in there I became fond of him. He was so intelligent, and I loved how he made me really think.

We started writing letters back and forth during the day. Many times we would even have a letter for the other first thing in the morning. We sat together in every class we had together. On the days he didn’t work, we would spend hours after school talking by my locker. We talked about everything. I started to appreciate the way he never made me feel stupid even when I disagreed with him. He had such patience in explaining things, and he really listened to me.

We annoyed the teachers to no end with all our note passing and talking in class. I spent as much time as I could with my boyfriend, but between my school and his job, I ended up seeing Josh more. Josh let me know he wanted to date me, but he was not only supportive of my making up my own mind, but adamant. He didn’t put any pressure on me to choose him. Really, both he and my boyfriend were great during this. I lucked out in that way. Josh even showed up at my winter vocal concert and other activities to show support.

Around mid December, I chose to break up with my boyfriend. I started spending all available time with Josh, and we were officially dating a couple of weeks later. Starting the day after Christmas, we saw each other daily.

In school, the teachers gave up on trying to keep us from talking, and just paired us up for projects. We did great work as long as we were together. Our classmates were pretty confused by our pairing. Like I said, we were very different. I’m pretty sure no one thought we would last even until the end of the year.

Sometime in March we were talking in my room and I realized that we were talking about our future. Subjects like how many kids, and where we were going to live. I stopped him, and pointed out that we were sort of talking about marriage type things, and he hadn’t even asked me to marry him yet. He asked what that would require, so I told him. The next thing I knew, he was on one knee and asking me to marry him. Of course I said yes. 🙂

I really don’t feel it was any less romantic that way. It still made my head swim and made me feel faint. It is for sure a part of our story I would never change.

We didn’t tell anyone about our engagement until July, when we were able to get my ring. I was 17. My mom didn’t take it well, but I pointed out that I was only engaged, not married, and she calmed down. We would have been married the following December, but my mom had promised my dad that she wouldn’t sign for me. So, we planned for the following July, when I would turn 18.

We finished out the school year pretty well attached at the hip.  I kept my grades up, and was looking forward to the next year. We ran into scheduling problems for our senior year though. I was going to need to either take three P.E. classes or a freshman class to finish out my seven periods. Josh didn’t have enough classes to take either. They wouldn’t allow us to do work release, so after months of trying to work with the school board, Josh and I both decided to do our senior year by transferring to a correspondence school.

I got a job at Wal-Mart over the summer, and kept that up while doing my classes at home. After I graduated early, I started looking for a new job. Soon after we got married, I got a job working in the mail room of the same insurance agency that my mom worked.

We also had decided we wanted to own a house rather than rent, so we were looking into a mortgage and where we wanted to live. We bought a house in Josh’s home town a couple of months before we got married and started fixing it up.

In July of 1997, after being together for a year and a half, five days after my 18th birthday, we got married. I wanted it simple, so it was at the judges chambers with a reception afterward. I still wouldn’t change any part of it. Our close family and a couple of friends were at the wedding, with everyone else invited to the reception. It was just right for us.

One year later I got pregnant with our first child. F was born in ’99 and we had E in 2001. In 2002, as E was turning a year old, we bought a different house back in my home town. My mom moved in with us in 2003, and is still with us in our finished basement. E was quite the handful, so it was 2005 before we were ready for another and had C. Another four years and we were ready for one more, and we had W in 2009. Once he was born, I was positive I didn’t want to be pregnant or go through labor ever again, so Josh got clipped. We have never regretted that decision either.

So now we have our four kids, three dogs, three cats, 16 chickens and a couple of fish. We have been through loads over the past 21 years together. Our wedding theme was “Today I marry my best friend”, and that is just as true now as it was then. I honestly love him even more now. We have really grown over the years, and we managed to do it together.

This site uses Akismet to reduce spam. Learn how your comment data is processed.

A bit about me 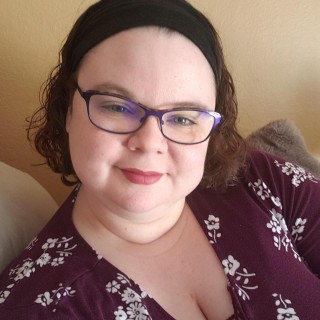 I'm a burned out mom finally finding time for myself. You can't keep giving if there is nothing left.